How To Play Omaha Hi-Lo Poker In Casinos?

Know how to play Omaha Hi-Lo Poker in casinos in this post. If you want to learn more about the game and how it works, read this article. 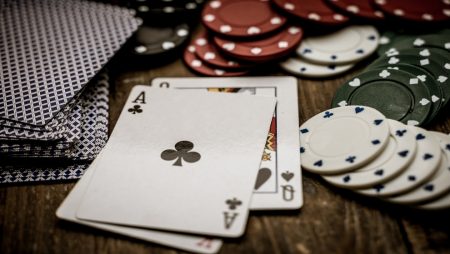 While No Limit Texas Hold’em reigns supreme as the quintessential poker variant due to its ties to the World Series of Poker’s main event and pop culture following thanks to films such as Rounders.

However, NL Texas Hold’em, like most poker variants, only provides players with one way to win.

What if I told you there was a game in which the table has two chances to win with each hand?

Omaha Hi-Lo is becoming increasingly popular for this reason.

So, what is Omaha Hi-Lo Poker?

Omaha hi-lo is a “split-pot” variation of Omaha poker. In this game, players compete for both the “high” and “low” halves of the pot of money on the table. Before playing Omaha Hi/Lo, it is critical to understand the rules of Omaha Poker.

Omaha Poker is very similar to Texas Hold’em, with the exception that the player is dealt four cards instead of two. These are the ‘hole cards,’ which only that player has. The board is then dealt five community cards face-up.

There is a round of betting for each turned community card. This is where Omaha Poker differs from Texas Hold’em in that the number of possible hands for each player multiplies with each new card turned over.

To make a hand, a player must use exactly three of the community cards along with exactly two of their hole cards to form the best five-card hand.

To help understand the ranks of low hands, the following sample qualifying low hands (not a complete list) are ranked from least powerful.

After seeing their hole cards, a player can now play their hand by calling or raising the big blind. The action starts to the left of the big blind. When they’ve decided whether to call, raise, or fold, the action moves clockwise around the table.

The flop is dealt face-up on the board following the first round of betting. The first three community cards are included on the flop. The player seated immediately clockwise from the button is the first to play on the flop.

After the post-flop betting has concluded, the ‘turn’ is dealt face-up on the board. The fourth community card is the turn. Play begins once more with the active player clockwise from the button.

After the turn, the ‘river’ is dealt face-up on the board. In Omaha poker, the river is the fifth and final community card. The active player immediately clockwise from the button starts the final round of betting.

After the final betting round, the remaining players must reveal their cards. If more than one player remains, the last person to bet or raise should show their hand.

If no bets are placed during the final round, the player closest to the button must show their hand first.

After all of the hands have been revealed, the player with the best five-card hand is declared the winner.

If two players have identical hands, the pot is split evenly between the players who have the best hands (unless Omaha Hi-Lo is being played, in which case the player with the best high hand and the best low hand split the pot).

Variations of the Game:

Omaha Hi: The highest five-card hand wins the pot in this version of Omaha poker.

Omaha Hi-Lo: It is also known as “Omaha Eight” or “Omaha 8/B,” which is similar to Omaha Hi until the showdown. When the showdown arrives, both the highest and lowest hands at the table have a chance to win.

The best possible hand is one in which the same player has both the highest and lowest hand at the same time, winning the entire pot.

Though most dealers have no trouble with pot limit games, they are more difficult and slower than no-limit games. Poker rooms dislike anything that slows down the games because the fewer hands per hour they run, the less money they make per table.